Four of us have started a new round robin.  We each made a paper collage.  Then we made copies and gave them to each other.  Our task is to make four textile pieces each, one from each collage.  In the end . . . 16 masterpieces!  Here's mine. 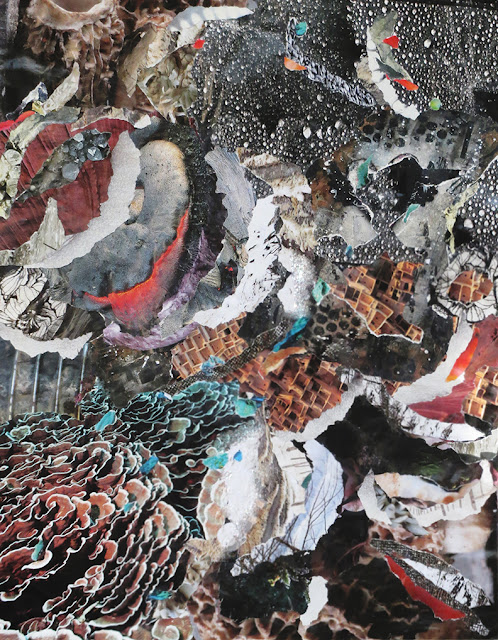 Posted by Deborah Weir at 8:56 AM No comments:
Email ThisBlogThis!Share to TwitterShare to FacebookShare to Pinterest

You can see two gals looking at my piece in the National Fiber Directions 2013 exhibit in Wichita, Kansas.  The great news is that it sold.  This is the third year I've participated and I will definitely have work there again.  It is a very sophisticated show of cutting edge textiles in a lovely space. 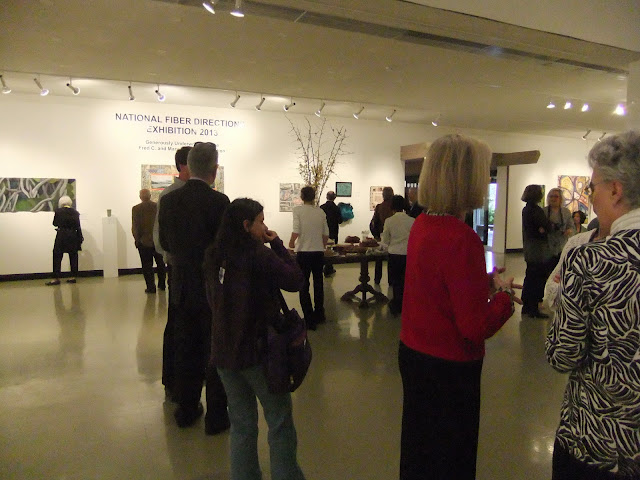 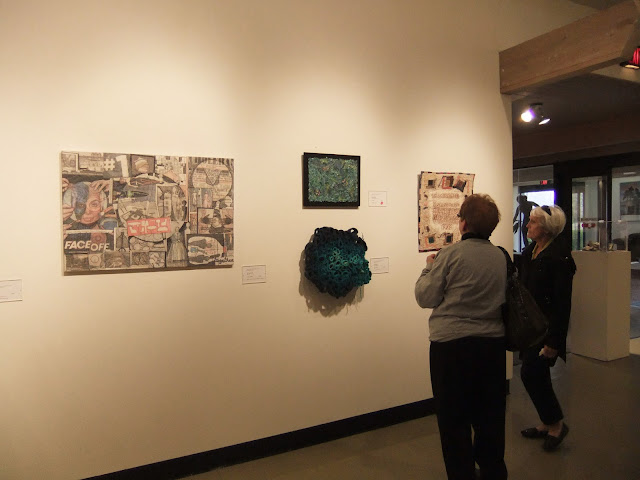 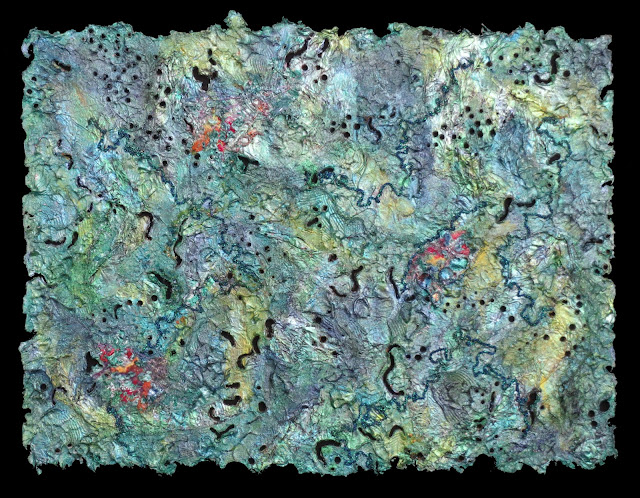 Posted by Deborah Weir at 3:52 PM 3 comments:
Email ThisBlogThis!Share to TwitterShare to FacebookShare to Pinterest

This is the fourth piece in the Chroma series which so far has Yellow, Blue and  Orange completed.  They are all 72" x 44".    Green now has two finished modules and there will be seven (!) more - the most of any so far.    Here are the first and second.  One is simply about texture and the range of hues we refer to as "green."  The other should be pretty obvious . . . 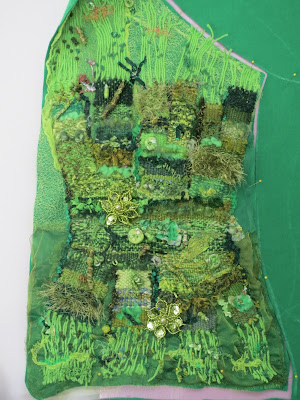 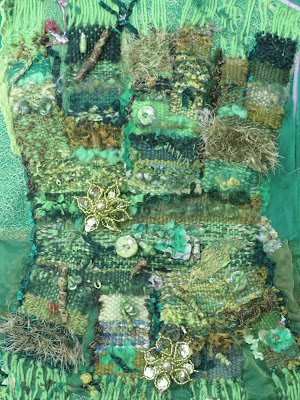 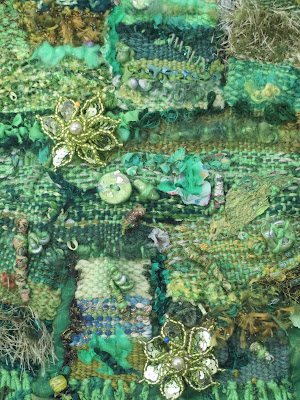 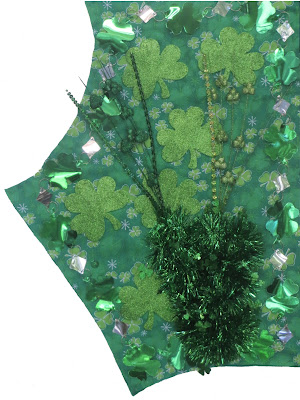 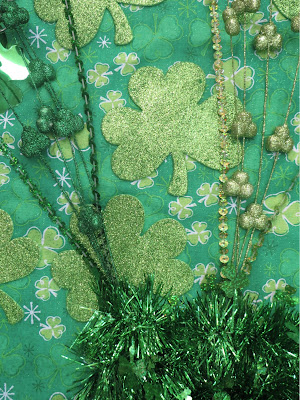 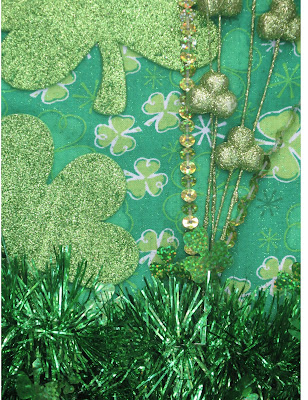 Posted by Deborah Weir at 9:15 AM No comments:
Email ThisBlogThis!Share to TwitterShare to FacebookShare to Pinterest

This is the piece I made to honor the women who work in the US factories in Juarez, Mexico, who are sometimes raped and even murdered on their way home from work in the darkness. The quilt was selected to be shown at the UN European Headquarters in Geneva, Switzerland, in a show which features quilts on the topic of alternative energy.  My thinking is that if these women's paths home across the desert was well lit they would be a lot safer.  The desert surrounding Juarez has plentiful wind and sunshine which could be harnessed.  The background graphic is an abstracted map of the city of Juarez where it meets the US border.

I am THRILLED to have my piece included in this show which will be open for several months during the summer.  I'll provide specific dates as they become available.  An attempt is being made to bring the exhibit to Houston in the fall. 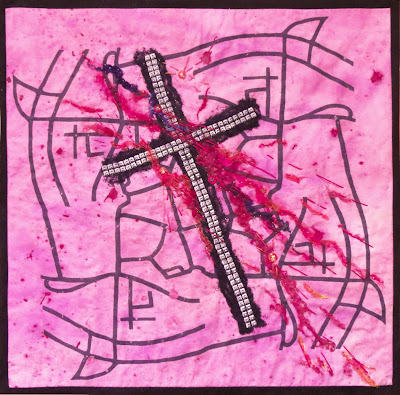 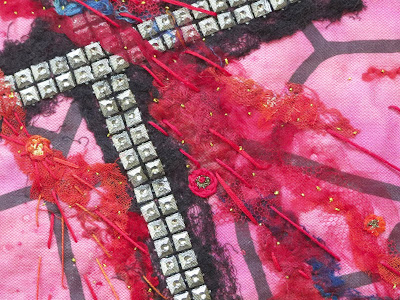