Are We There Yet?

That's the name of this piece which is appropriate as we have been on the road quite a bit this month.  And we are off to France on Monday - Paris and Brittany.  The quilt is a whole cloth piece done with the deconstructed screen printing technique, plus some brush work, then stitched in my recently favorite bird track stitch. 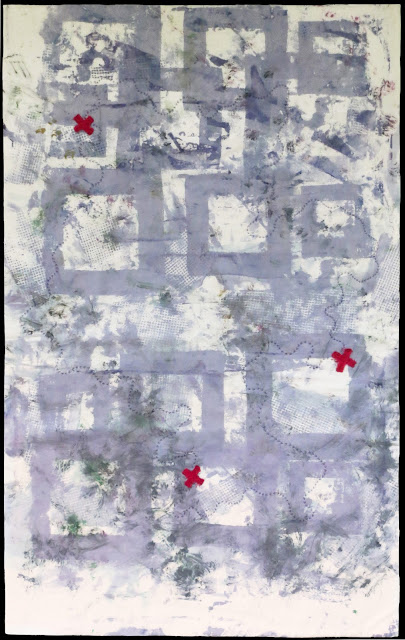 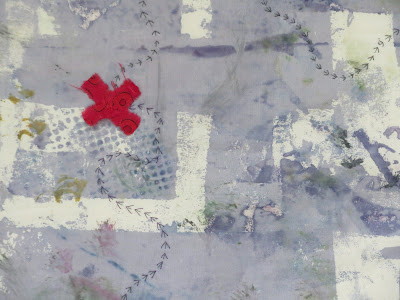 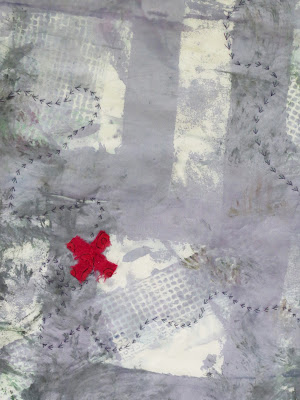 Posted by Deborah Weir at 10:43 AM 2 comments:
Email ThisBlogThis!Share to TwitterShare to FacebookShare to Pinterest

Spent two exhausting days screen printing with thickened dyes.  A bit of a push since I don't have a proper print/wet studio, but got some interesting results.  This one pleased me so much (and it is on canvas) that I've decided to just have it put on stretcher bars and hung  as it is.  The colors are much richer than the photos demonstrate as it is a foggy June Gloom morning and I just couldn't wait to take the pix. 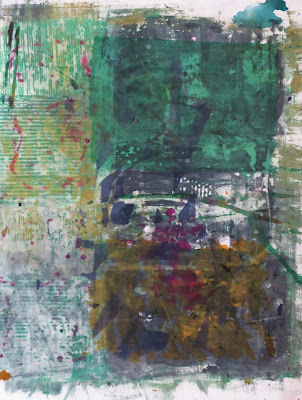 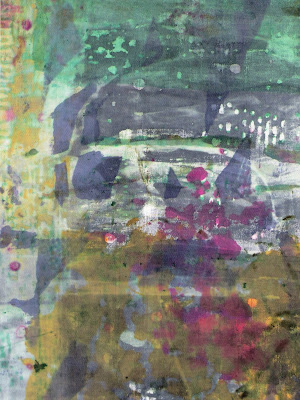 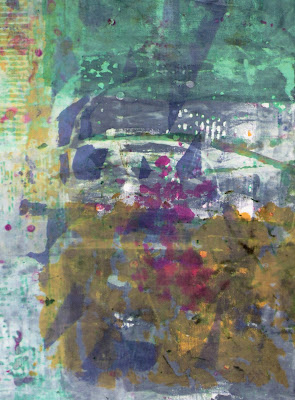 Posted by Deborah Weir at 11:47 AM 2 comments:
Email ThisBlogThis!Share to TwitterShare to FacebookShare to Pinterest

On the Road and Back

I've been traveling (North Carolina) and will be off again in a week or so for France so there's a frenzy going on at FiberFly Studios during this brief window of being home.    Here are three things I've been working on: 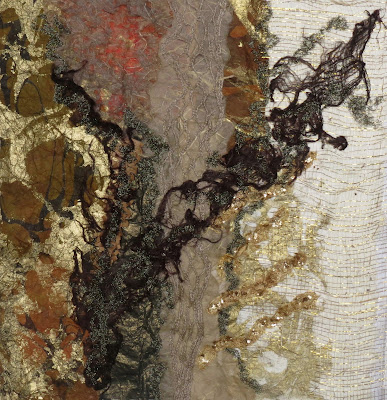 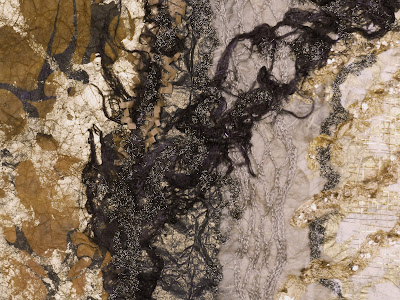 Here's the fourth in the Sea Tangle series.   This is a mixed media piece, sort of a painting on a VERY unusual built ground.   Also  DONE and off to the framer. 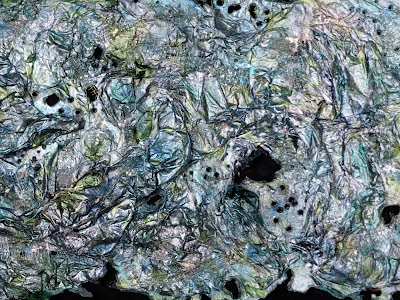 And . . . this guy is, at least for now, is named Sunday Best.  When fully clothed he may very well be making an appearance in a book put together by the Australian fabric manufacturing company M+S Textiles as he is comprised largely of their fabrics.  Don't know if I'll be able to get him up and running before my departure date but he's so cute I just couldn't resist posting him. 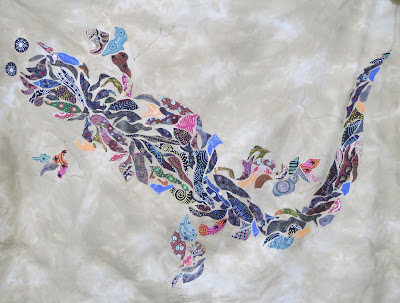 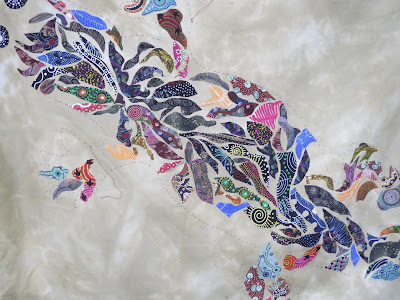 Posted by Deborah Weir at 11:34 AM No comments:
Email ThisBlogThis!Share to TwitterShare to FacebookShare to Pinterest
Newer Posts Older Posts Home
Subscribe to: Posts (Atom)