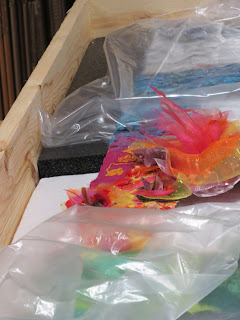 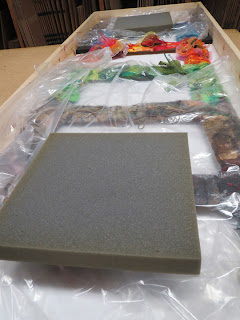 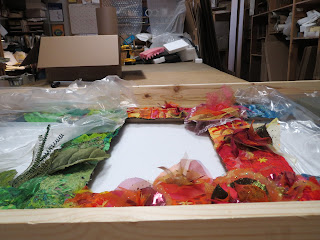 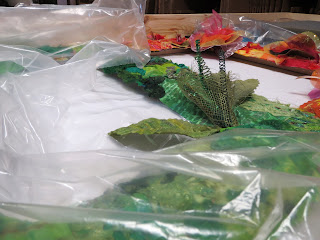 A giant crate was built to house the 75" long ladder and carry it safely to its show in Minneapolis at the Tychman Shapiro Gallery.  Opens the second week in January.  Here are some pix to give an idea of the scale of this baby!  Naomi Guttman's poetry, written about the ladder and Jacob's dream, are going to be shown with it and her voice will be recorded reading the poems so any nearby viewer will be able to hear and appreciate them.    btw - a 12' marlin was being crated at the same time; hope they didn't switch them during mailing!!!
Posted by Deborah Weir at 3:03 PM
Email ThisBlogThis!Share to TwitterShare to FacebookShare to Pinterest