I am participating with five other textile artists in an as yet unnamed round robin.  We meet bimonthly and visit an exhibit in southern CA where we see all sorts of fantastic artwork.  This piece was inspired in part by  a work from artist Barbara Murak which was on display at the Fowler Museum at UCLA in a group show called the Box Project in 2016.    She did a red needle lace vessel which glowed.   My work uses a similar technique though quite different materials.  Mine creates reds from magentas and rich oranges instead of USING red materials.  Additionally, mine is created in waves as were several of the works in the original show as they needed to fit neatly into a 16" square box so were gracefully scrunched.  Mine is intentionally rippled to honor those pieces which I saw with that effect. 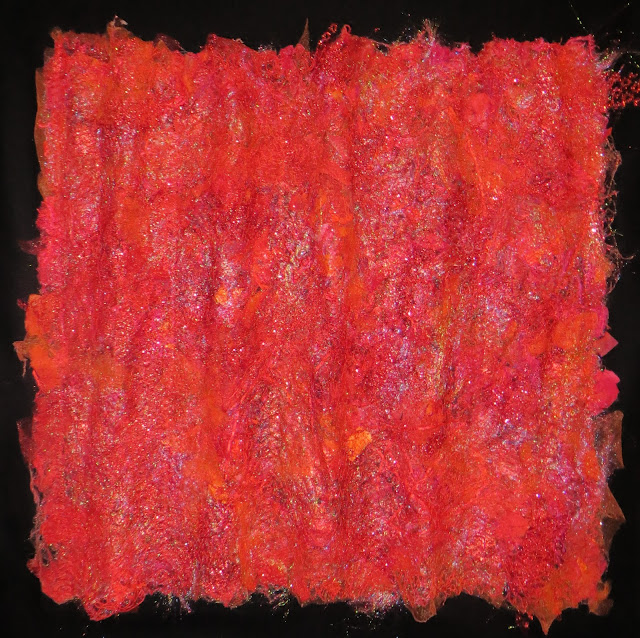 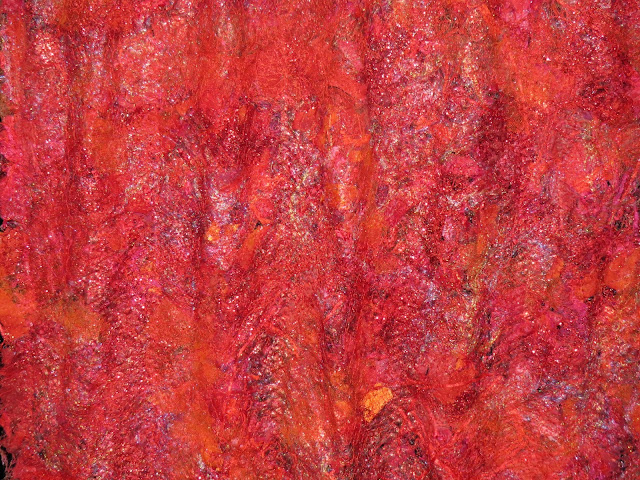 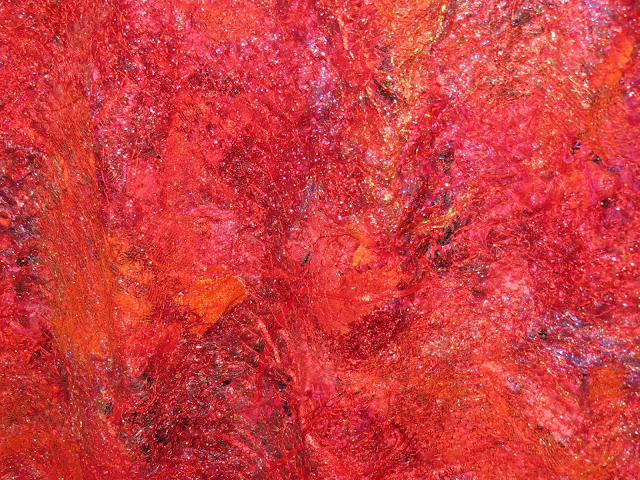 Posted by Deborah Weir at 12:48 PM
Email ThisBlogThis!Share to TwitterShare to FacebookShare to Pinterest